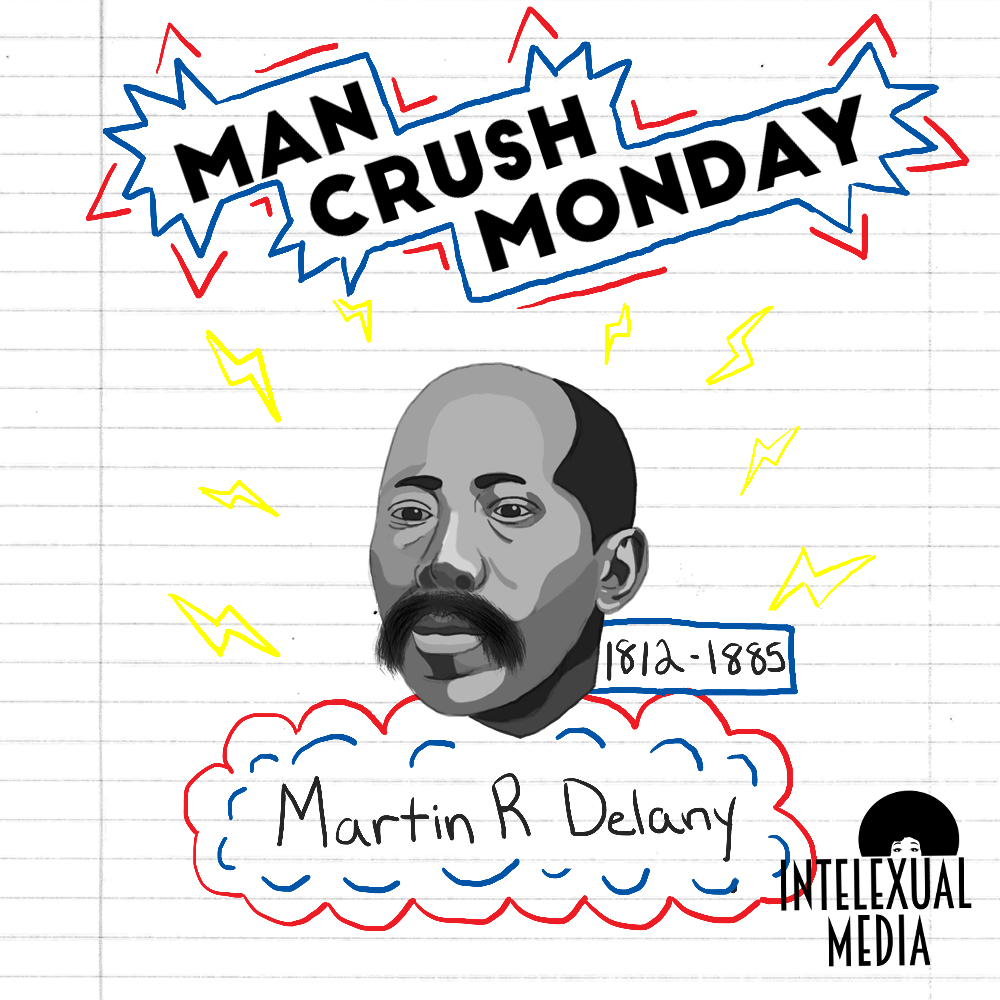 In the last installment of MCM, you learned about Black Panther party leader Fred Hampton. This week, we’re taking it back to the 19th century to explore the life of abolitionist, physician, and black nationalist Martin R. Delany. 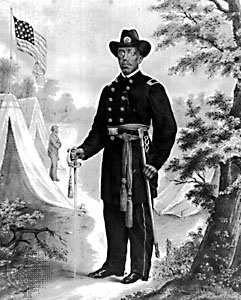 Martin Robison Delany was born a free man in Charles Town, Virginia in 1812. While his mother was free, his father was a slave. After someone attempted to enslave him and his infant brother, his mother argued in court for his freedom. Even though Virginia prohibited the education of black people (both enslaved and free), Martin learned to read and write as a child. He developed an interest in medicine, and went to Pittsburgh to attend college and study as an apprentice. He walked the entire way from Virginia to Pittsburgh. During the national cholera epidemic in 1832, he trained under physicians and picked up methods on treatments, eventually developing his own. Around this time he also became interested in abolitionism, and by 1843 he was publishing his own paper, The Mystery. He also began touring and giving lectures.  In 1846 he was even sued for libel by a black man he accused of being a slave-catcher. In 1847, Martin met Frederick Douglass and William Lloyd Garrison in Pittsburgh, and they drummed up the idea for the North Star. In 1850 Martin was accepted to Harvard medical school along with three other black men (they were the first black students to be accepted), but apposition from white students stopped him from ever attending. Enraged at the discrimination he faced, Martin grew more radical in his approach to race. He decided that white people would not allow hard working black people to succeed. The Fugitive Slave Act hardened his stance on American race issues. It wasn’t long before he was espousing his views in print. He alienated himself from moderate abolitionists when he called for black people to leave America and start their own nation.

In 1856 Delany moved to Canada, and began helping out on the underground railroad. He traveled to Liberia in 1859 to secure land for a black exodus, but the outbreak of the Civil War put a halt in his plans. He began recruiting black men for the union army, and was granted a personal audience with Abraham Lincoln. He took the opportunity to convince him that black men should be added to the ranks. Lincoln called Delany “a most extraordinary and intelligent man”, and a few weeks later Martin was commissioned as a major, the highest rank of a black man in the Civil War. After the fall of the confederacy, Delany went on to work for the Freedmen’s Bureau. Because of his strong conviction that black people should own land, he was booted out by ticked off white superiors. He also launched a rather unsuccessful career in politics, but he did manage to harness voting power for South Carolina governor Wade Hampton. The shocking part of this was that Wade Hampton was a democrat looking to help white farmers. By that point, Martin was beginning to see that America’s problems were grounded in class as well as race.  In 1877 Martin returned to his efforts of black emigration, but he stopped to practice medicine again so he could support his family. He had married Catherine A Richards back in `1843, and together they had seven children. He died in Wilberforce, Ohio in 1885 of tuberculosis. 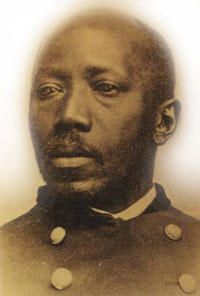 I find it really interesting that I never read about Martin R Delany in school. He was a key figure in the creation of the North Star, and had respected friends like William Lloyd Garrison and Frederick Douglass. Compared to Douglass though, he was radical in his love for blackness. According to Frederick Douglass, “I thank God for making me a man simply; but Delany always thanks him for making him a BLACK MAN.” The two disagreed on the value of assimilation, and it is no wonder why Frederick Douglass is the figure gifted to school children, and not Martin. It was one thing to be anti-slavery in the 19th century, but to be pro-black? It was nearly unheard of.  Even more amazing was Delany’s lifelong dedication to medicine. Black doctors have a tough time succeeding in the 21st century, and the fact that a black man was so gung-ho about medical knowledge during the mid 19th century is impressive. Though I learned very little about black nationalism in grade school, the first figure I was introduced to was Marcus Garvey. While he certainly is one of the most notable black nationalists of all time, he wasn’t the first. Martin R Delany came before him.