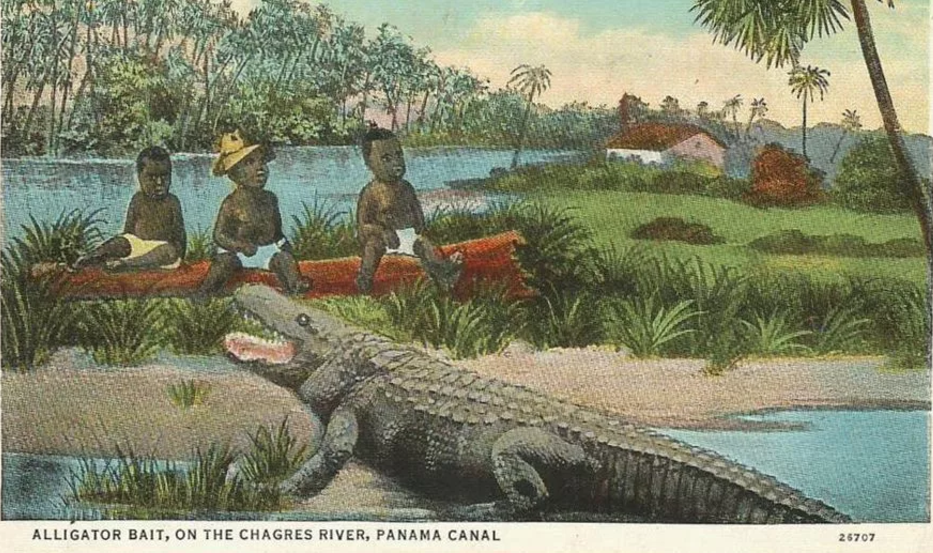 Using black babies for alligator bait wasn’t as widespread as lynching black men for attempting to vote, but it was common. This is clear by the normalization of black baby bait in numerous postcards and products. “Alligator Bait” was also a common slur, as documented in several newspapers during the early 20th century. In a 1908 edition of The Washington Times, there is a story called “Alligators With Pickaninnies”, describing the use of black bait babies at the New York Zoological Garden. In 1923, the Oakland Tribune announced “Piccaninny Bait Lures Voracious Gator to Death.” The author noted that the “mother gets her baby back in perfect condition, also $2.” Despite assurances that the practice was safe by alligator hunters, the very fact that they sought out black babies instead of white ones for these dangerous missions show that black people were seen as inferior. The practice continued well into the 20th century, with baseball player Bob Gibson remarking in 1968 that he found out “negro youngsters” were used for alligator bait during his rookie year in Columbus, Georgia. One fan even taunted him by calling him “alligator bait”.