According to a survey by the Hearth, Patio, and Barbecue Association, Independence Day is the most popular holiday for cooking out. But that hasn’t always been the case. Cooking out wasn’t even a nationwide concept until the mid-twentieth century. Before the nation was established, citizens of Virginia were gathering in the Summer to smoke animals over pits, a practice allegedly imported from the West Indies. Among the southeast, barbequing was popular in areas like Eastern Carolina, where whole pigs were slow cooked over coals for pulled pork.

While the first Independence Day Celebration occurred in 1777, there was no cookout. This was soon to change. During the first half of the 19th century, when politicians wanted to get people excited about celebrating Independence Day, they were dismayed to find that not everyone shared their enthusiasm. So, politicians began cooking out. There were huge fourth of July rallies with roasted cattle and crowds of people, much different from the family and friend centric gatherings of today. In Philadelphia, Charleston, and Boston, turtle soup was the chosen delicacy. No matter what Americans were eating, the idea of celebrating 4th of July with outdoor food and drink caught on. 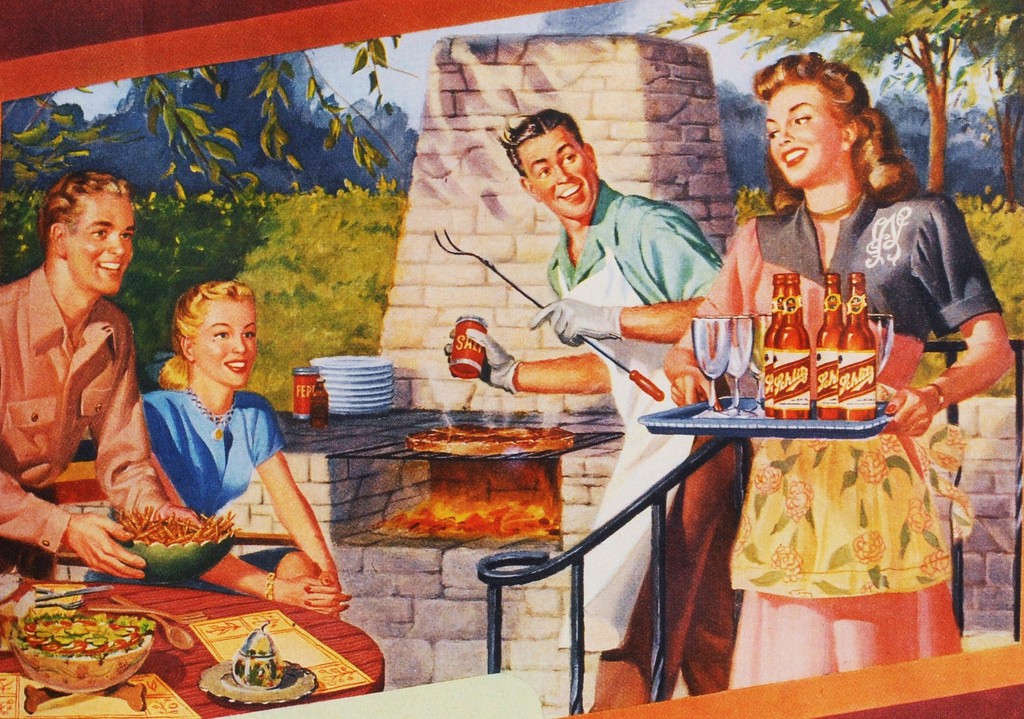 The next evolution of the 4th of July cookout happened after World War II. The grill had been created on the army’s orders for American GIs, who needed something portable to cook with during the war. They were the ones who created a demand for grills when they returned home and moved into their suburban (and segregated) neighborhoods. It wasn’t long before magazine ads (like in the Schlitz Beer Ad above) were instructing families to hold backyard barbeques with their shiny new products. Suddenly, you could grill in your backyard instead of at a campsite or at a park. The rest is history, 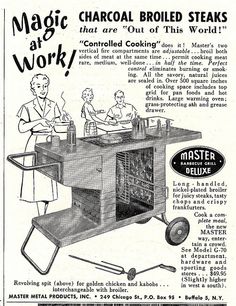 You Can Thank American GIs For Your Backyard Grill

Fourth of July Ranks as Most Popular Holiday to Cook Out

What’s So Patriotic About Cookouts?