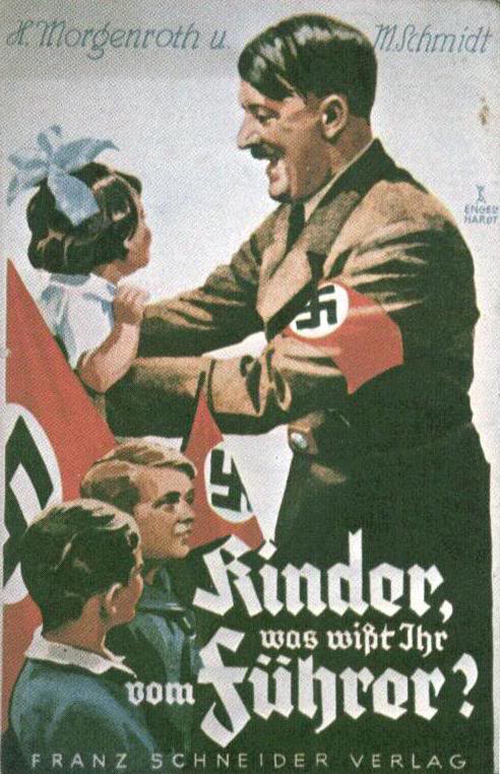 How did we end up with Donald Trump? To put it nicely, a lot of Americans aren’t smart. We’ve gotta start paying attention to what our children are being fed in schools. This might actually be more crucial than ever over the next four years, as anything is possible during the Donald Dump administration. Heres a quick video on how Nazi Germany indoctrinated German youth in schools. Being devoted to Hitler was just one of the components of a German child’s education during his reign.

If you found this interesting, you might want to learn more about the Hitler Youth Group, the book burning of 1933, and Nazi propaganda. Resources about these things are listed below.

“These boys and girls enter our organizations [at] ten years of age, and often for the first time get a little fresh air; after four years of the Young Folk they go on to the Hitler Youth, where we have them for another four years . . . And even if they are still not complete National Socialists, they go to Labor Service and are smoothed out there for another six, seven months . . . And whatever class consciousness or social status might still be left . . . the Wehrmacht [German armed forces] will take care of that.”
—Adolf Hitler (1938)

The Long-Lasting Effects of Nazi Indoctrination

This is a really in-depth documentary on The Hitler Youth that I remember watching as a teen. It’s shocking, fascinating, and cautionary.