Last week you learned all about every Republican’s favorite president, Ronald Reagan. This week you’ll learn about one of America’s top rated presidents. 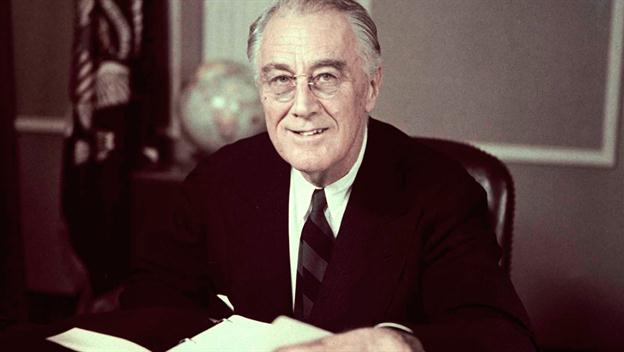 “A perfectly stupid race can never rise to a very high plane; the negro for instance, has been kept down as much by a lack of intellectual development as much as anything else.”

These words weren’t spoken by Franklin Roosevelt, but by his uncle Theodore. Frankie’s racist and elitist attitude wasn’t too far from his uncle’s however. In his 12 years of presidency he did quite a few things that impacted minorities. I only heard about one of these things in high school, which was the internment of Japanese Americans. Roosevelt’s Executive Order 9066 allowed the forced encampment of west coast Japanese-Americans after the attack on Pearl Harbor. Mysteriously, it was never explained to me why Italian and German Americans were not rounded up in the same large numbers as Japanese Americans.

But Franklin Delano Roosevelt, one of the most celebrated presidents, also had a disdain for black and jews. This post isn’t to deny the popular claim that FDR was one of America’s top three presidents (he did repeal prohibition, after all), but to illuminate some of the things your high school textbooks might have left out.

Quite a few of the things I just listed would surely make school children look at FDR a bit differently if they knew about them. Franklin Delano Roosevelt clearly cared about maintaining the status quo, making sure he didn’t offend racists by seeming to be too cozy with negroes. We will always rightly remember him for carrying our nation through the depression, but we must remember his faults too. Basically, this great president could have been even greater.

Disrupting The Myth of FDR