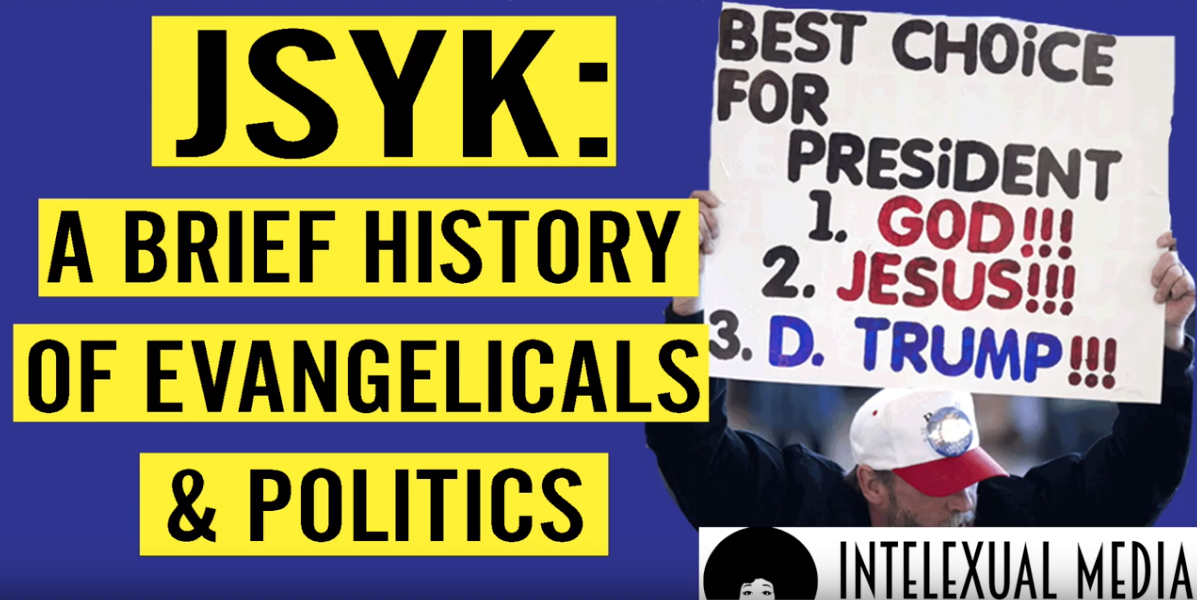 White evangelicals are a key component of Trump’s support- which explains his gung-ho missions to end funding for Planned Parenthood and his faux-pious declarations of being a Christian leader of a Christian nation. 5 days ago his administration “announced it will bar organizations that provide abortion referrals from receiving federal family planning money, a step that could strip millions of dollars from Planned Parenthood and direct it toward religiously-based, anti-abortion groups.” Two days ago, Trump tweeted:

Senate Democrats just voted against legislation to prevent the killing of newborn infant children. The Democrat position on abortion is now so extreme that they don’t mind executing babies AFTER birth….

This downright lie riles up his conservative base, namely white evangelicals.

In addition to keeping schools as segregated as possible*, Abortion has been a key issue of evangelicals since the 1970s, and I’ve discussed the racial reasons for this in the 2nd episode of Let’s Talk About Sex History. Several other observers in addition to myself have noticed reproduction rights are under attack, which you can learn more about here and here.

In these two new videos, I want to shed some light on America’s biggest religious group. In the first, I explore the history of evangelicals in politics, which is crucial to understand how they function and how they will affect the future of politics. In the other, I break down evangelicals “by the numbers.” I also refer to the Exvangelical movement,  which you can find more information on by following prominent voice Chris Stroop on twitter.

The Sticky Relationship Between Evangelism, Racism,  and American Schools

Racism and The Rebirth of the Republican Party