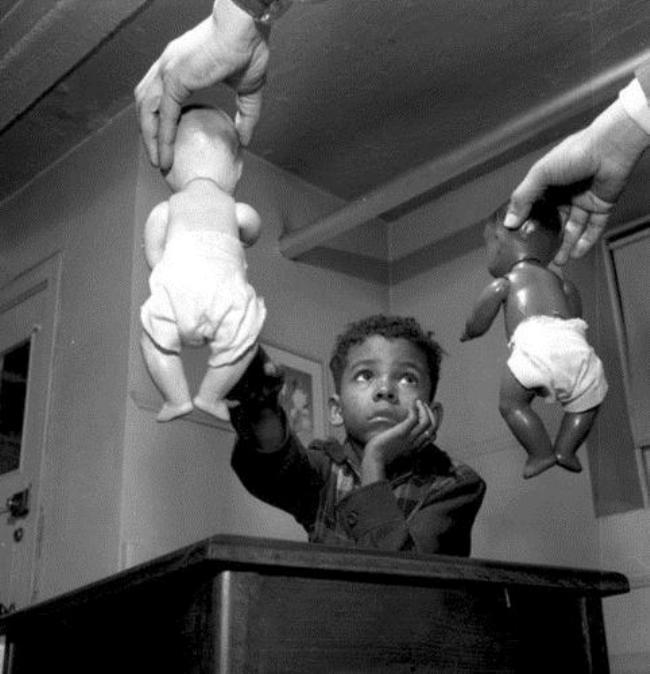 Have you ever wondered about the story behind the picture above? 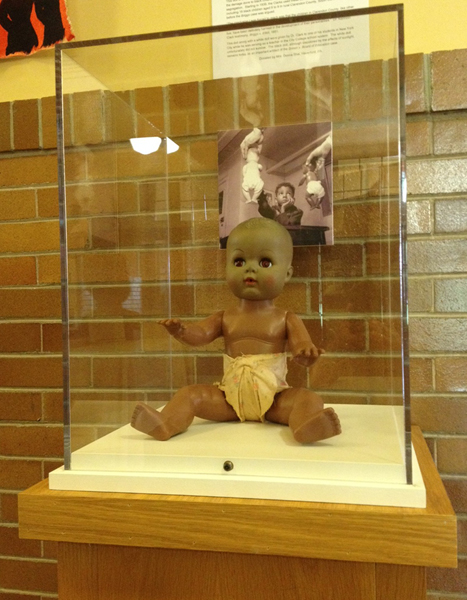 This infamous shot came from a study first introduced to the public during Brown vs Board of Education. The experiment, created by psychologists Kenneth and Mamie Clark in the 1940s, was called The Doll Test. According to Dr. Kenneth Clark, “The doll test was an attempt on the part of my wife and me to study the development of the sense of self esteem in children. We worked with negro children to see the extent to which their color, their sense of their own race and status influenced their judgement about themselves…”

Children between the ages of three and seven were asked to identify which doll- one black and one white- they preferred.

Results were horrible, but not shocking. One black child identified himself and the black doll as niggers. The majority of the children not only preferred the white doll, but assigned positive characteristics to it. The black dolls were given negative qualities. The Clarks concluded their study by saying prejudice, discrimination, and segregation created inferiority complexes in black children.

Fourteen years after this study, NAACP lawyers came across it and asked the Clarks to testify in court that segregation harmed black children. While contrarian experts claimed the study was flawed (the small sample size, for instance), it still dutifully bolstered the argument that American schools should be integrated.

Brown v Board at Fifty: “With an Even Hand”