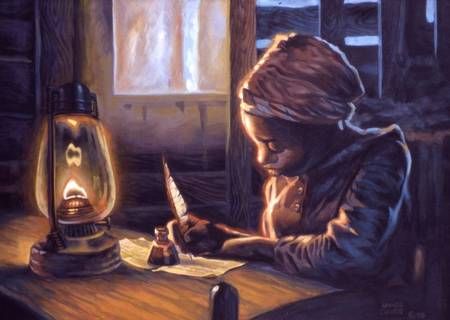 I’ve come to think that too many of us take education for granted. Sitting in a classroom learning how to think critically seems like a waste of time when you can be a billionaire if you know how to shoot a ball, run a ball, or lace metaphors about both into raps over fire beats. But we actually need to be putting a higher value on learning. After all, there was a time when learning was forbidden for most black people. Why? Because learning equaled liberation.

In 1740, South Carolina was the first place to prohibit slave education. Specifically, slaves were banned from learning how to write. This was done after the Stono rebellion, one of the largest slave uprisings in colonial America. Led by a literate slave, the revolt struck fear in the same way that Nat Turner’s did nearly 100 years later. A slave who knew how to read or write could forge passes or spread messages. Even worse, they could read abolitionist literature and teach it to others. One of the most powerful aspects of literacy contributing to the liberation of slaves were the crucial slave narratives. These haunting exposés were often written by escaped slaves, and then read by people who felt compelled to join the abolitionist movement. Masters often had strict rules to keep this in check. Harsh punishment- even death- awaited the average slave who dared to master literacy. However, some managed to do so. In Thomas Jefferson owned slave sites, over 200 writing materials were found and attributed to slaves who learned to read and write in secret. While we may never know the exact circumstances under which they learned literacy, we can guess that some picked up skills from lenient masters, while others learned from fellow slaves. Frederick Douglass first learned from his master’s wife before turning to literate people he knew and sabbath schools. In his home state of Maryland, it wasn’t illegal to teach slaves to read or write (but it was frowned upon). In Baltimore churches, free blacks and some slaves attended sabbath schools that taught basic literacy and math.

After Nat Turner’s rebellion in 1832, white Americans trembled in fear at the reality of black literacy. A slew of laws barring black education (of both the free and enslaved) were passed in the years that followed. But this just sent learning even more underground. Illegal schools were conducted in New Orleans, Atlanta, Charleston, and other large cities. Perhaps the coolest illegal school of all was the Floating Freedom School. John Berry Meachum, a former slave, started his school in 1825 before Missouri banned the education of blacks in 1847. In response, he relocated his school to the Mississippi River, where his floating school was beyond the reach of the law.

It’s hard to believe there was once a time when being educated was so crucial to life that people were willing to lose body parts or die for it. In the present day it hurts when I see a young person shake off the importance of education. Our ancestors are rolling around in their graves, likely jealous at the wealth of knowledge we have to get lost in.