He was the first and only.

Yasuke was an African samurai who served under Oda Nobunaga during the 16th century. The man described as “black as ink” was likely from Mozambique when it was a Portuguese territory, though other scholars theorize that he was from Ethiopia. Either way, not much is known about his early life before he arrived in Japan in 1579, serving under an Italian Jesuit missionary. Oda Nobunaga was a powerful feudal lord who wanted to unify Japan. Video game and anime lovers might be familiar with fictional versions of him.

Yasuke’s skin caused such a commotion when he stepped foot in Japan that several people were crushed to death trying to get a look at him. Oda Nobunaga heard about the man with the charcoal colored skin, and invited him to his place for a meeting. The spellbound and astonished Nobunaga made Yasuke strip to the waist and scrub with soap and water to ensure that his skin was real.

“The man was healthy and good looking with a good demeanor. Moreover, Nobunaga praised Yasuke’s strength, describing it as that of ten normal men. Nobunaga’s nephew gave him a sum of money at this first meeting.”

“A black man came from a Christian country. His age seems somewhere around 26 or 27. He is as black as a cow, and looks healthy and talented. He is stronger than ten powerful men.”

Another aspect of intrigue in Yasuke was his height. One commenter noted that he was roughly 6’2. The average height in Japan paled in comparison, which obviously made him intimidating. Yasuke spoke Japanese, and rose quickly through Nobunaga’s ranks, being paid as a retained warrior. He was rewarded with a katana and his own home. He talked frequently with Nobunaga before the Japanese feudal lord committed ritual suicide, also known as seppuku, at a Kyoto battle in 1582. At a battle shortly after, being black saved Yasuke’s life. When the opposing forces captured him, the commander Akechi Mitsuhide said that he was not to be killed because he was a beast who didn’t know anything. Samurais were expected to commit suicide instead of surrendering or getting captured, and usually opposing forces killed any leftover enemies. Yasuke greatly disgusted Akechi by offering his services instead of killing himself. This meant he was not a true samurai. But because Yasuke was black and not Japanese, he was not worthy of death at the swords of samurai. Akechi decided that he should be taken back to the Jesuits.

Unfortunately, there is no record of Yasuke after he was brought back to the Jesuits, and that’s where his story in history ends. 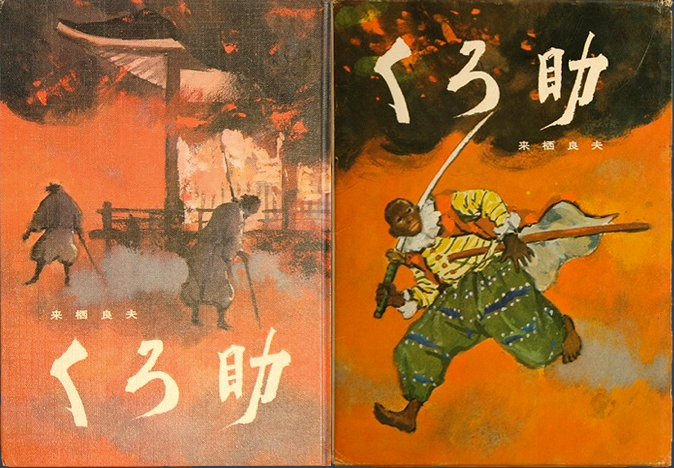 Recently it was announced that Lionsgate films is developing a movie on Yasuke. I only hope for three things- that they cast a dark skinned man in the lead role, that the role is complex, and that the Asian characters are played by Asian actors. Fingers crossed.

The Use Of Race And Racial Perceptions Among Asians And Blacks: The Case Of The Japanese And African Americans (Makoto Tsujiuchi)

The Amazing Story of Yasuke: The Forgotten African Samurai