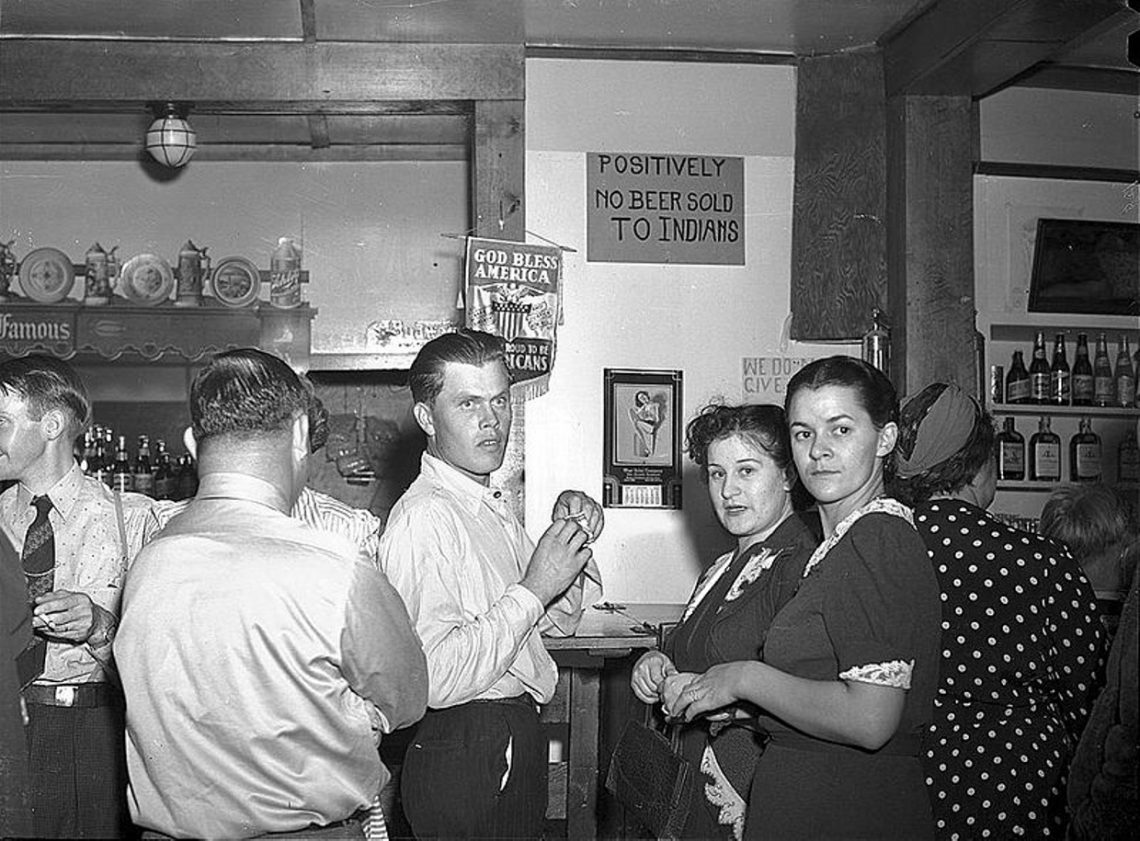 As I explain in the above video, alcohol had a jarring effect on the indigenous population… but I’d like to describe further how the stereotype borne from the trauma reeks of racism and white exceptionalism. In the centuries after natives were introduced to alcohol, they were stereotyped by whites to be especially “savage” while under the influence, and as being more susceptible to addiction. Natives were considered to be genetically inferior and therefore dependent on alcohol, so many regions with large indigenous populations throughout the 19th and 20th centuries refused to sell them any. The first native prohibition legislation popped up in the 1830s. But throughout the entire time the stereotype of alcohol dependence and savagery was unfolding, white Americans were drinking themselves into violent frenzies (as evidenced by the reasoning behind prohibition thanks to anti-domestic-violence temperance women). Even though whites got drunk and out of control, the difference was that a drunk and disorderly native man represented natives everywhere- and a drunk and disorderly white man was simply an individual. So even after prohibition ended in 1933, states with native populations continued to restrict their access to alcoholic beverages, demonstrated by the two images attached to this post.

Fast forward to the present day, when many indigenous nations have battled alcoholism and become more regulatory in how people access drinks in the interest of self-preservation. A 2016 study at University of Arizona revealed “About 17 percent of both Native Americans and whites were found to be binge drinkers, and about 8 percent of both groups were heavy drinkers.” Even wilder? “Sixty percent of Native Americans reported no alcohol use in the past month, compared to 43 percent of whites.”

The below photo shows a diner storefront in Sisseton, South Dakota in 1938. 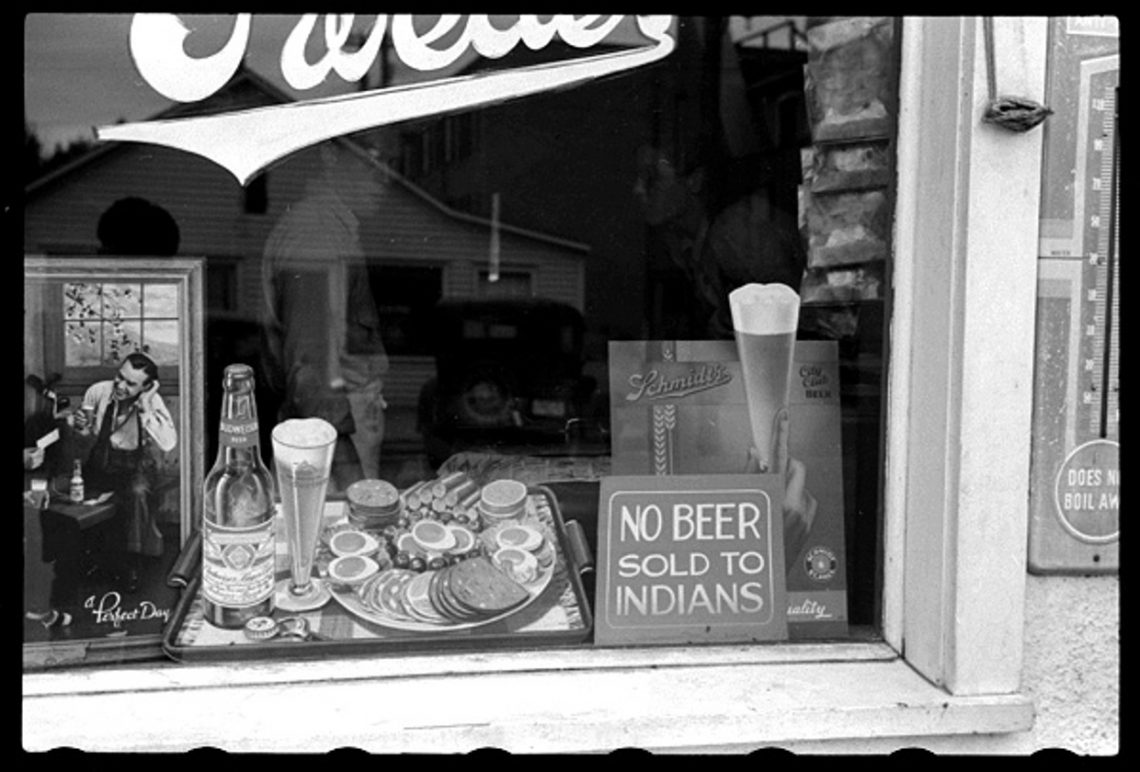