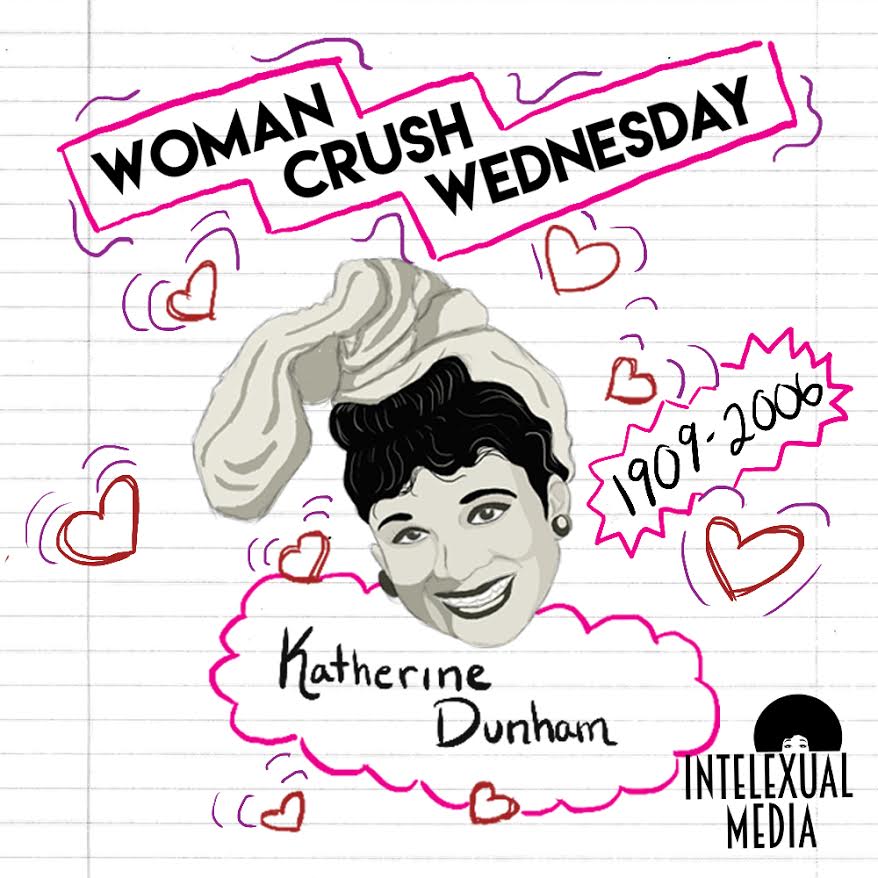 The history of dance and racism can be used to illustrate that white supremacy has affected all facets of American life- even those areas considered trivial. But to black dancers, racism in their world has never been trivial. 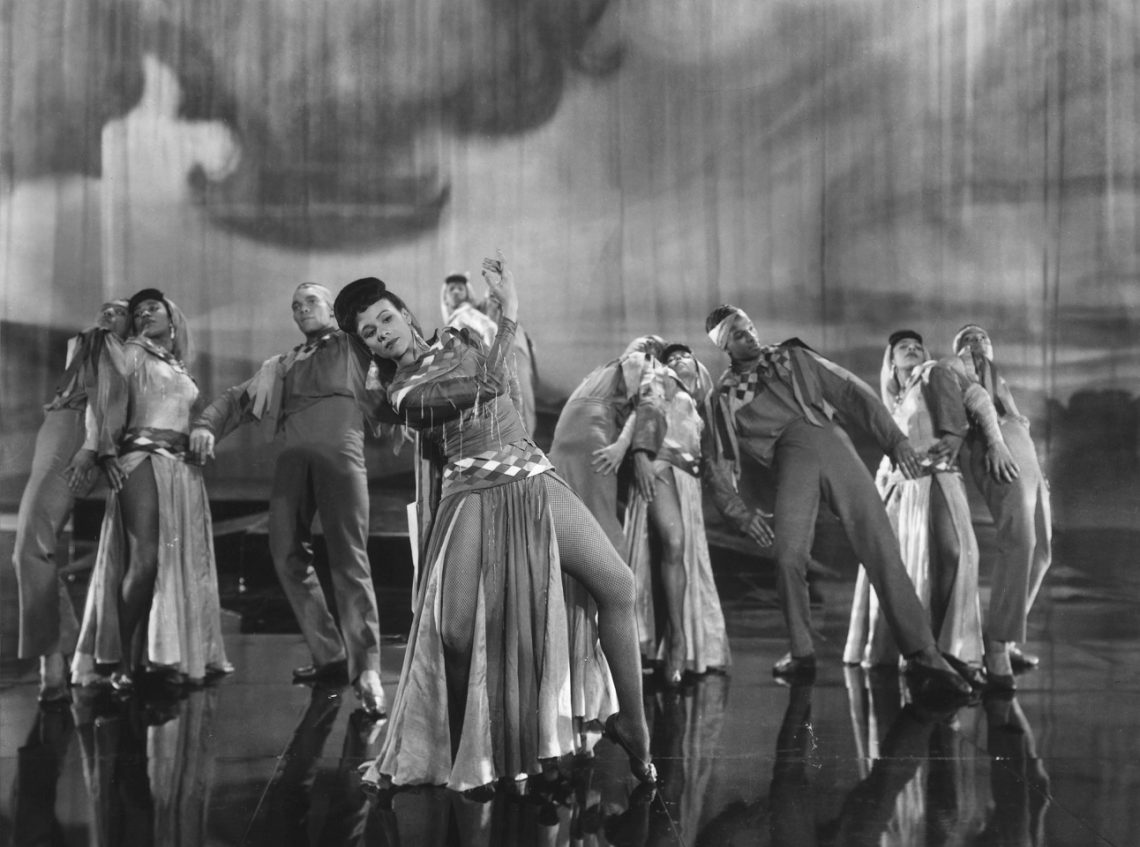 Racism in the dance world (and other entertainment realms) has at times threatened livelihoods, drained away creation, and washed many dancers from the history books completely. Being a black entertainer in the early to late twentieth century wasn’t as glamorous or well paying as it is now. The few entertainers who managed to achieve sizeable success were often restricted from speaking freely about politics, race, or their treatment in the industry with the threat of being blackballed or defunded. Many chose to stay silent, not ruffle any feathers, and just work for their own advancement instead of the advancement of their people- but then there were entertainers like Katherine Dunham, this week’s historical Woman Crush Wednesday.
Katherine Dunham was born in Chicago in 1909 and began taking dance classes in high school. She loved it so much that she started her own mini dance academy for black 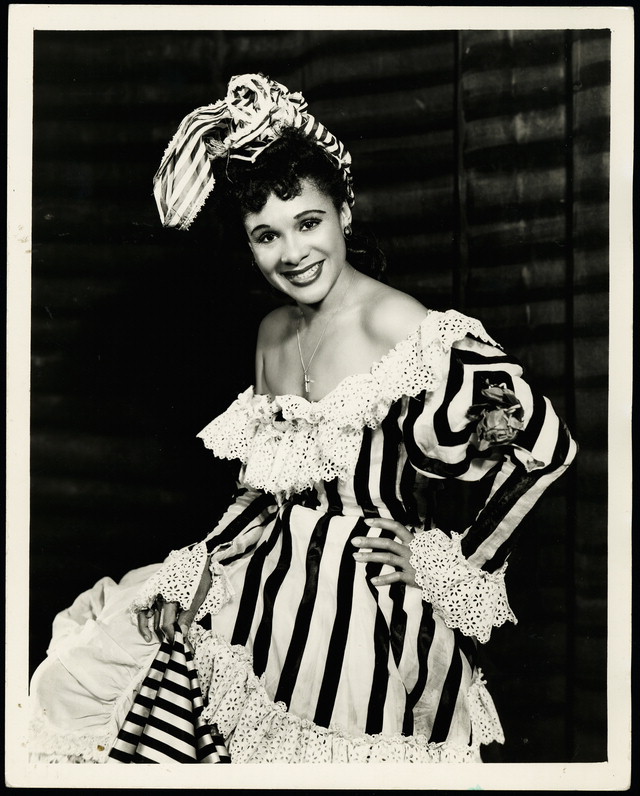 children in her neighborhood while still a high school student. Later in college she majored in anthropology, focusing on various dances of the African diaspora. This was after her initial interest in ballet at the hands of Ludmilla Speranzeva, who encouraged her to study modern dance instead. Before abandoning ballet she created a black ballet company that went defunct after one highly praised performance in 1931. In 1933 she began the Negro Dance Group. She was granted travel fellowships in 1935 and went to Haiti, where she studied their dances and culture in addition to becoming a Voudo Mambo, or high priestess. After getting her bachelors degree she submitted a thesis to begin the process of getting her masters at University of Chicago, but never went back to complete it after 1938, instead embarking on her dance career. She and her black dance crew traveled the country performing for a variety of audiences, which eventually garnered her a following and acclaim. Making this more impressive was the fact that she paid her dancers and musicians out of pocket. In 1943, the troupe’s Tropical Revue stirred controversy thanks to spirited and authentic Caribbean dances and thrilling visual commentary. In fact, after performing the show once in Boston in 1944, it was banned. The Los Angeles Times wrote about the show, “Miss Dunham virtually had the audience tearing down the house at times with applause, and there was hardly a moment of her varied program that did not intrigue with its strange veerings from violence to languor… “That same year she told a standing and cheering all white crowd in Louisville, Kentucky that she would never come back because “your management will not allow you to sit next to people like us.” In 1945 she opened the Katherine Dunham school of Dance in New York City, when a nameless sugar daddy or admirer gifted her with three years of studio rent. Eartha Kitt and Sidney Poitier were some of her graduates. In 1950 Katherine and her troupe were refused a room at an expensive hotel in Brazil because of their race. Deciding not to stay quiet, Katherine made a huge fuss about the ordeal to the international press, who lampooned Brazil for treating the famous dancer in such a manner. Just a year later racial discrimination in public places was illegal in Brazil.  In a time when being too vocal about racial injustices could end a black person’s career, Katherine Dunham wasn’t afraid to speak her mind, or speak for the downtrodden. Also in 1950 Katherine performed the ballet “Southland” in Chile, in which a black man is lynched in the American south. This earned her a spot on America’s shit list, as the state department didn’t appreciate that one of their mos 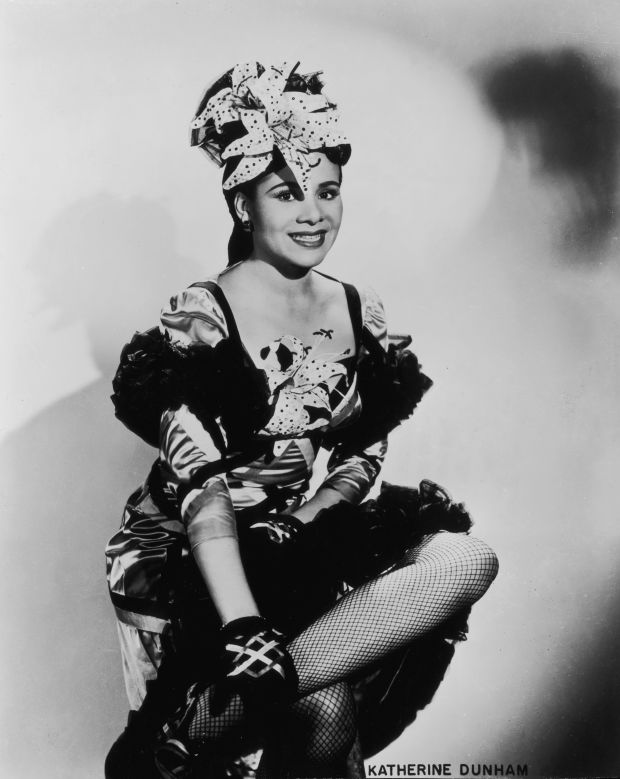 t prominent ambassadors of culture was airing out the dirty laundry in other countries. To punish her, the state department refused to pay her to entertain troops or travel abroad- even when her performances served as representations of American culture to boost the country’s reputation. This didn’t stop Katherine however, as she had been mostly performing on her own dime since beginning the troupe. She kept touring and performing all over the world, using income from movie appearances to fund the troupe. It wasn’t until 1965 that the American government decided to play nice, when Lyndon B Johnson asked her to help train the Senegalese National Ballet. In 1967 she opened The Performing Arts Training Center in St. Louis as a way for black residents to escape poverty and stress in addition to providing an outlet for any violent behavior. That same year Katherine officially retired after a final performance at the Apollo.  She continued to choreograph, publish papers as a cultural anthropologist, and do speaking engagements though. Katherine Dunham was not just a dancer. Perfectly branded the mother of dance, Katherine was invaluable because she established spaces for black dancers to cultivate their craft. She could have just focused on leaving behind a post-death legacy as a star, but instead she dedicated her life to teaching others and advancing the field as much as she could for dancers who would come after her. Her work in anthropology sought to bring the wonders of black culture to a country of people who believed that black people didn’t have culture. She is a model for those of us who have often wondered how we can give back to our community. She paved the way for dancers who came after her to have it a little bit easier. She took her passion and talent and nurtured it in other black people. Without her, how many entertainers would have gone undiscovered or uninspired?

At age 83 Katherine was still a firecracker and fierce advocate for what she believed in. She went on a 47 day hunger strike to protest the American sanctioned forced deportation of Haitian refugees. AT 83 YEARS OLD! I can’t even fathom going on a hunger strike at my current age of 23.