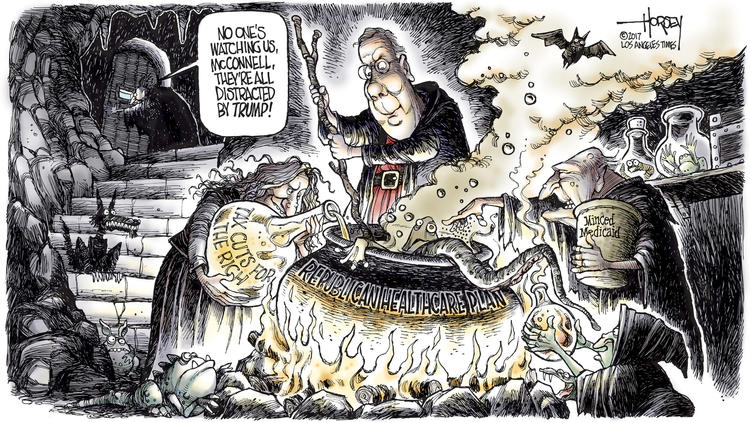 As things continue to spin out of control in the Trump administration (a wedding planner, REALLY?!) the one thing Trump has avoided for the past week is speaking openly about the upcoming healthcare bill. Republican lawmakers continue to huddle over the bill in secret, and millions of Americans face losing their coverage. Additionally, Trump’s vocal support for Otto Warmbier while ignoring the terrorist attack on Muslims in London AND the miscarriage of justice in the murder of Philando Castille has served as much of a distraction as the speculation that Robert Mueller will be fired (he totally will, though). Are all of Trump’s antics yet another example of his malicious mastery of misdirection? Or is he just blundering through his presidency? What’s going on with that health bill?! Apparently, the senate will be voting next Thursday.

Suggested Read: Here’s What We Know About The Senate GOP Health Care Bill

What do you think? Until next time…