This essay originally appeared in “The A-Z Guide To Black Oppression”, available for purchase here. 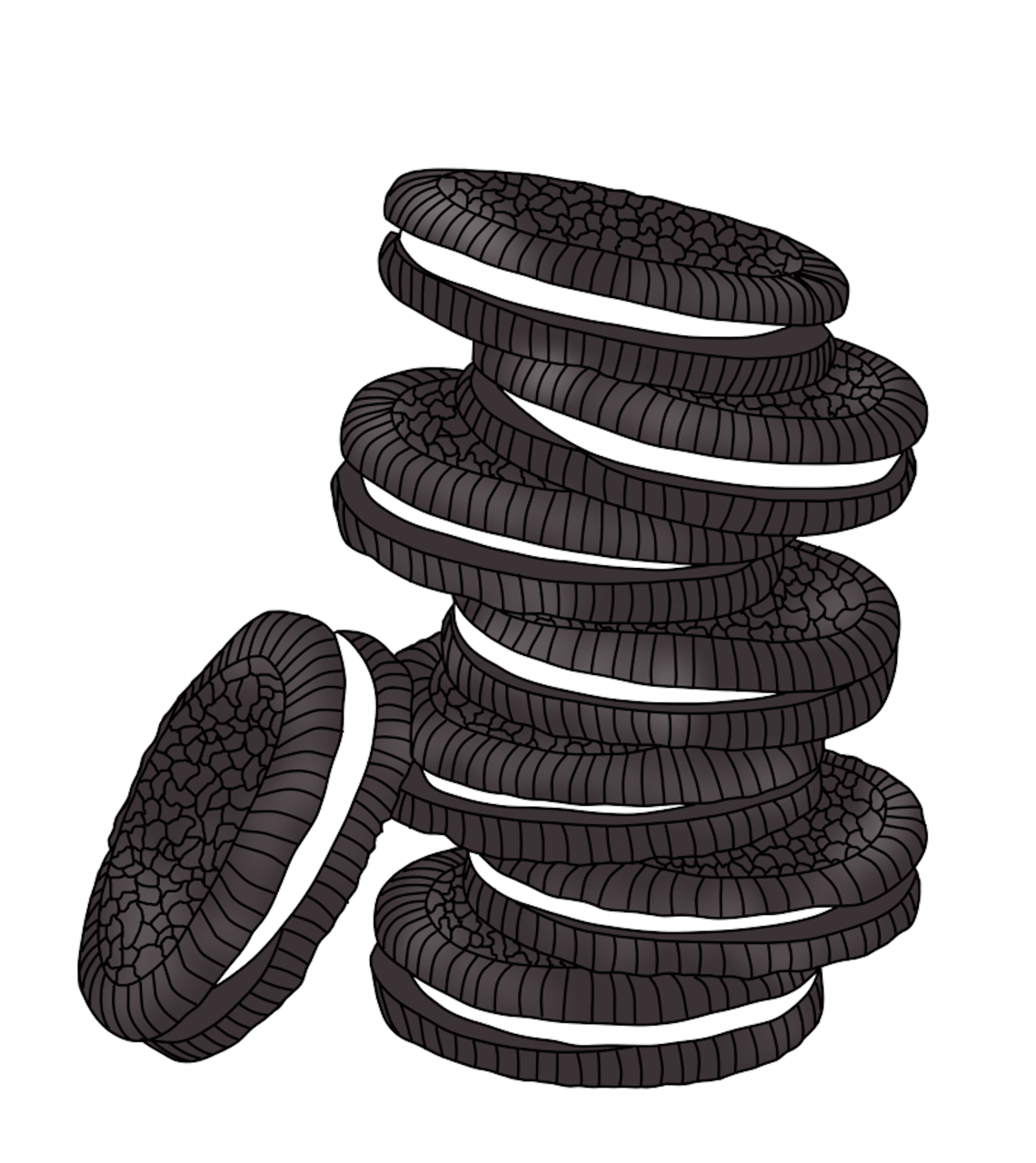 I was in enrolled in elementary school the first time I was called an “Oreo”. For those of you not privy to cruel grade school slang, someone deemed an Oreo is considered to be black on the outside but white on the inside. My English was too proper and my voracious interest in reading somehow signaled to my peers that I was “trying to be white.” I didn’t realize it at the time, but the people who told me this were perpetuating an antiquated shard of white supremacy: that whiteness and intelligence are mutually exclusive.

My earliest memories of being told I was smart are also at my elementary school, where second graders were tested for gifted abilities and separated into tribes that lasted for the next three years. Barringer was a Charlotte school touted for its revolutionary diversity. It was filled with poor black kids who lived around the school, and upper class and middle class white kids were imported from nicer areas of town. There were three levels— Horizons, Talent Development, and Learning Immersion. Horizons was for the geniuses, TD was for the gifted kids, and LI was for the ‘normal’ kids. There were less than a dozen black children sitting with me in my gifted “talent development” classes. It was like we were in an exclusive club. The white kids talked to us instead of looking through us. I was often told how “smart” and “articulate” I was by incredulous parents of my white peers during weekend sleepovers and after school Odyssey of the Mind meetings.  It was something I began to relish after a while. The kids and teachers alike looked down on the students in the “Learning Immersion” program, who were all black and Latino save for one white student. In their classes, they weren’t called gifted or talented. They were the same kids who called me an Oreo.

The term “social death” describes the dehumanizing experience of an African during the transatlantic slave trade. Africans were snatched from their cultures, where people who looked like them filled various roles and statuses. They weren’t all kings and queens; an inspiring yet erroneous idea peddled by black supremacists to demonstrate our divinity. The indigenous people of Africa had robust communities and hierarchies, but everybody who looked like us was not forced to be at the bottom, like they were in America, where “slave” was the predominant identity. In America, their native traditions, languages, religions, and social habits were replaced with European ones. Free blacks existed, but they were not fully esteemed American citizens and they were expected to assimilate to American ways of life or face punishment.

The entire time this was happening, white people deluded themselves into opulent superiority complexes kept in place by lies and violence. While white people praised their own physical features, they denounced black ones. They promoted the myth that slaves who wished to be free were psychologically crazy. They perpetuated the concept of the idiotic coon, while also not allowing slaves to read and write test their theory of inferior intelligence. They called us pathetic and naturally subservient creatures who couldn’t survive on our own. For centuries white people told black people they were inferior in virtually every realm except physical strength and athletics. Whites were prettier, smarter, more advanced, and worthier of rights and respect. Pushing back against these notions usually ended in misery, but many blacks tried anyways. Blacks learned to read and write in secret, ran away, and a handful attempted to orchestrate violent rebellions. However, most slaves didn’t push back because they were brainwashed into their inferior positions and didn’t even know rebellion was a possibility. They had been molded into the perfect inferiors.

When the first slaves arrived in America from Africa, they still had a connection to home—where people who looked like them were more than slaves and second class citizens. Black people were kings and queens, warriors, merchants, and hunters; they were autonomous beings. This connection to the past was beaten out of most of the slaves, or died with them when their children were born blank slates and indoctrinated into inferiority. Their identities were created for them by white people, who had no interest in grooming their self-esteem. When slavery ended, the identity crisis continued. We were torpedoed as insatiable rapists, lazy government leeches, ugly creatures, violent thugs, deadbeat fathers, bitter black women, and sexual deviants— all stereotypes born from racial discrimination and slavery. If black people were praised, it was because they held some form of value. You know, like the athletes and entertainers.

Black people were regularly called intellectually inferior, as dictated by eugenicists and scientific racists. Twentieth century radio, television, and film pulsated with these negative parameters of the black identity. When a black intellectual dared to exist, he or she was often discredited or handled with deeply rooted feelings of disbelief. Take 12-year-old Gloria Lockerman, who spelled “antidisestablishmentarianism” on the 1955 quiz show “The 64,000 Dollar Question”. The intelligence she exhibited was not something associated with black people; and newspapers made sure to divulge that she was black when reporting on her feat. Her intelligence wasn’t the focus. Her skin was.

Blackness was, and often still is, associated with intellectual inferiority by both white and black Americans. Its why childhood peers associated intellectuality with whiteness and why various white adults gushed over how articulate I was as a child. It’s why so many black children aspire to have careers in entertainment and athletics over intellectual fields. For too long the black identity has been molded by white society and what they think blackness is. We’re more sexually experienced than white people, black fathers are deadbeats, and black women have big butts. These generalizations influence us. It’s why so many black men measure the extent of their manhood using the quantity of their sexual conquests. It’s why a white racist will ask a black person if they know their father. Its why so many black women with flat asses or non-existent hips feel “less authentic”.

For too long, a manufactured, generic, and widely accepted version of the black identity has boxed a significant portion of our population into dissatisfaction, self-hatred, or mediocrity. Too many black people since 1865 have subconsciously limited views of what blackness is, just like our antebellum ancestors, who only knew slavery and the ironically named free blacks. Very few knew blacks to be wealthy, intellectual, political, or in charge of their own affairs. If they did know these kinds of blacks, they were the snooty and non-encouraging kind, who didn’t want competition or overshadowing from their own. The passage of time has broadened the spectrum of the black identity, but the internalized inferiority complex brought about by American slavery has not completely dissolved in the present day.

I often think about the kids who called me an Oreo during grade school. I wasn’t called an Oreo in my high school years, but I was surrounded by peers who doubted their own abilities. Most of the teachers had given up on trying with them long ago, and they were rarely told that they had any intellectual gifts. They were the same ones who thought it was “lame” to read or enjoy intellectual pursuits. Did they ever grow out of equating intelligence with whiteness? If they didn’t, for most of them, did maintaining the black identity of willful ignorance hold them back from reaching their full potential? According to my recent scouring of Facebook friends, the answer is an unfortunate yes. 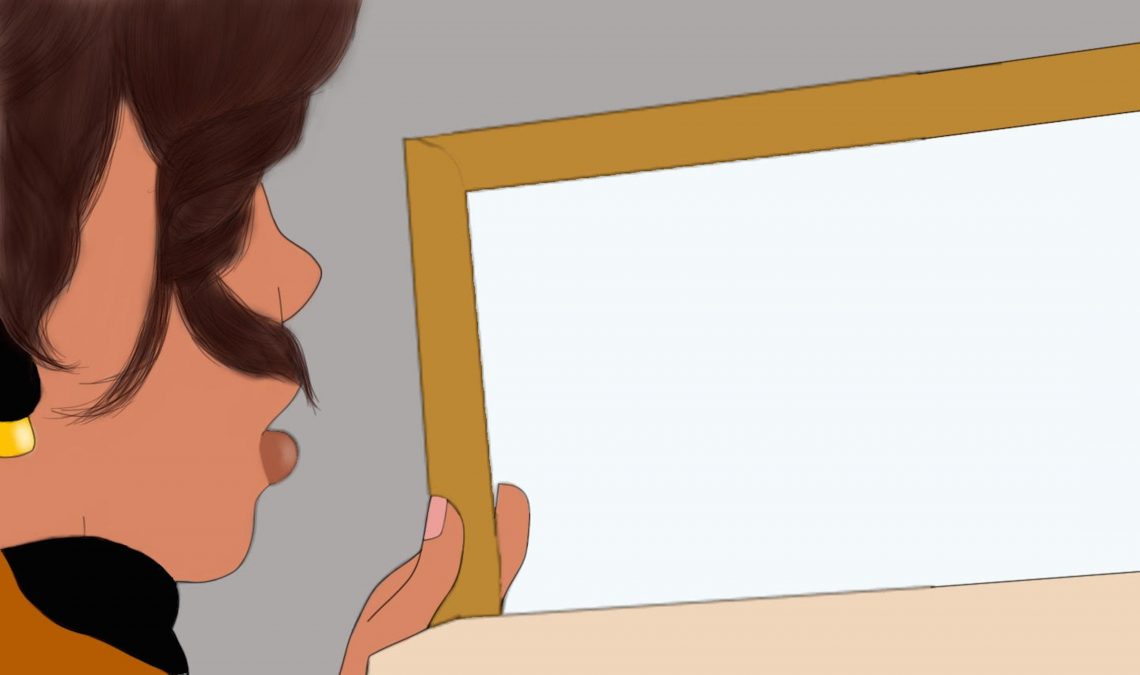