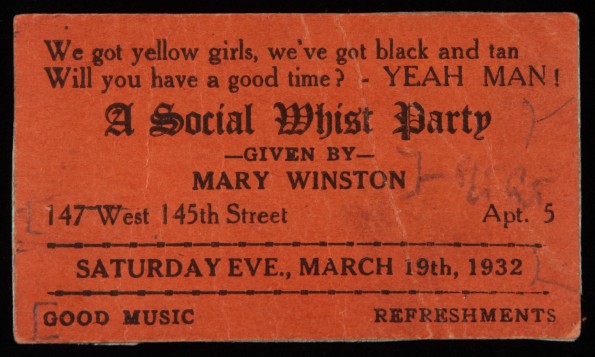 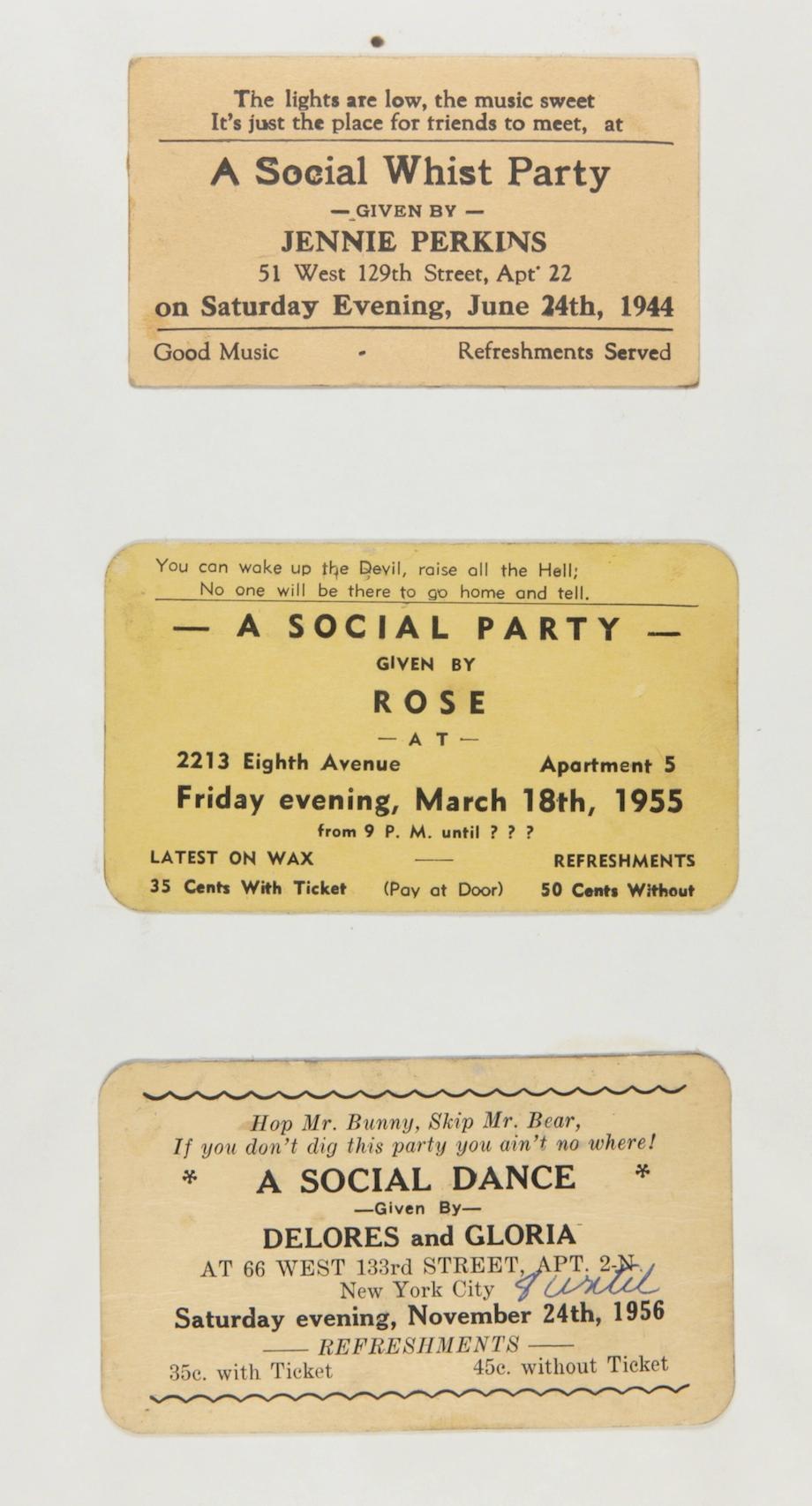 According to historian Nicholas L Gaffney,  between 1919 and 1927 the average monthly rental rate for Harlem’s black residents doubled from $21-$22 a month to just over $41 a month. Black Harlemites spent approximately 45% of their income on housing. Ouch. Ever exuding the hustling spirit, black people got creative. They developed an environment for friends and neighbors to mingle, de-stress, and turn up. Rent Parties required little start up costs and had guaranteed returns. These cleverly named soirees included live music that often involved cutting contests, in which two musicians would battle it out for the crowd’s favor. It was very similar to modern day dance and rap battles. Food was offered for cheap, with delicacies like fried chicken, pigs feet, pork chops, and potato salad being the standard. Many of Harlem’s residents were recent transplants from the South, and they brought their food with them. But perhaps most of all, rent party attendees were excited for cheap and abundant liquor. After all, partying during prohibition was a total drag. It was common for rent party throwers to brew up gin or other concoctions in their bathtubs.

These shindigs raged from the 20s through the 50s, and thrived on secrecy. To be admitted, one usually had to have a card as proof that they were invited. The cards pictured to the right were found among Langston Hughes’s possessions. These cards had clever rhymes on them with discreet instructions and information.

Rent Parties were extremely popular because of their cheapness. 25-50 cents could get you a night of dancing, reefer, liquor, gambling, and fun. These parties were often on Saturday, but that wasn’t always the case. According to Frank Byrd:

“Thursday particularly became a favorite in view of the fact that ‘sleep in’ domestic workers had a day off and were free to kick up their heels without restraint. [But] the majority of working-class Negroes, maids, porters, elevator operators and the like, were paid on Saturday and, more important than that, were not required to report to work on Sunday. Saturday, therefore, became the logical night to ‘pitch’ and ‘carry on’, which these pleasure-hungry children did with abandon.”

Rent parties were especially intriguing for black people new to the city. Harlem’s fanciest clubs were expensive and attracted white tourists. For instance, the Cotton club only entertained white audiences. Rent parties were also grimier, as the discretion allowed for scandalous acts to flourish. Some rent parties even pedaled flesh in addition to gambling and liquor. According to one woman: “We rented rooms for just a little while during the party. At first I was a little shocked at the utter boldness of it. One day a man came along there was no one to take care of him. Hazel asked me if I would [take care of him]. I thought about it for awhile, then made up my mind to do it.Well, that was the last of domestic work for me. I figured that I was a fool to go out and break my back scrubbing floors, washing, ironing, and cooking, when I could earn three day’s pay, or more, in fifteen minutes. I’ve seen some girls who made enough on Saturday night to buy themselves an entirely new outfit for Sunday, including fur coat.”

Rent parties were cheap and authentic slices of Harlem that allowed black residents to supplement their income and cultivate community culture. If I had a time machine, I’d definitely make a trip to a popping mid-twentieth century rent party a priority.

“HE WAS A MAN WHO WALKED TALL AMONG MEN”: DUKE ELLINGTON, AFRICAN AMERICAN AUDIENCES, AND THE BLACK MUSICAL ENTERTAINMENT MARKET, 1927–1943 (Nicholas L Gaffney)