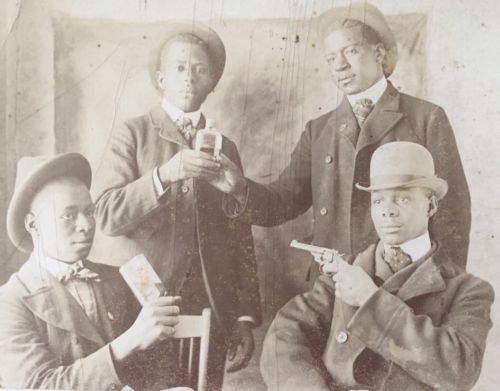 Prohibition was crappy for everybody, but how did it affect black Americans especially? Many people would be surprised to know that the history of black Americans and alcohol is a tad complicated. Is it common knowledge that forced/coerced alcohol consumption was common during slavery?

Below is an excerpt from Nina Martyris:

“…the annual Christmas holidays, where gluttony and binge drinking was almost mandatory. During those six days, the enslaved could do what they chose, and while a few spent time with distant family or hunting or working on their homes, most were happy to engage in playing sports, “fiddling, dancing, and drinking whiskey; and this latter mode of spending the time was by far the most agreeable to the feelings of our masters. … It was deemed a disgrace not to get drunk at Christmas.” To encourage whiskey benders, the “masters” took bets to see who could drink the most whiskey, thus “getting whole multitudes to drink to excess.”

The nefarious aim of these revels was to equate dissipation with liberty. At the end of the holidays, sickened by the excessive alcohol, the hungover men felt “that we had almost as well be slaves to man as to rum.” And so, Douglass wrote, “we staggered up from the filth of our wallowing, took a long breath, and marched to the field – feeling, upon the whole, rather glad to go, from what our master had deceived us into a belief was freedom, back to the arms of slavery.”

I’ll be returning to forced alcohol consumption in a later post on alcoholism in the black community, but for now watch the video below to find out how prohibition impacted black Americans.

Blacks and The Southern Prohibition Movement